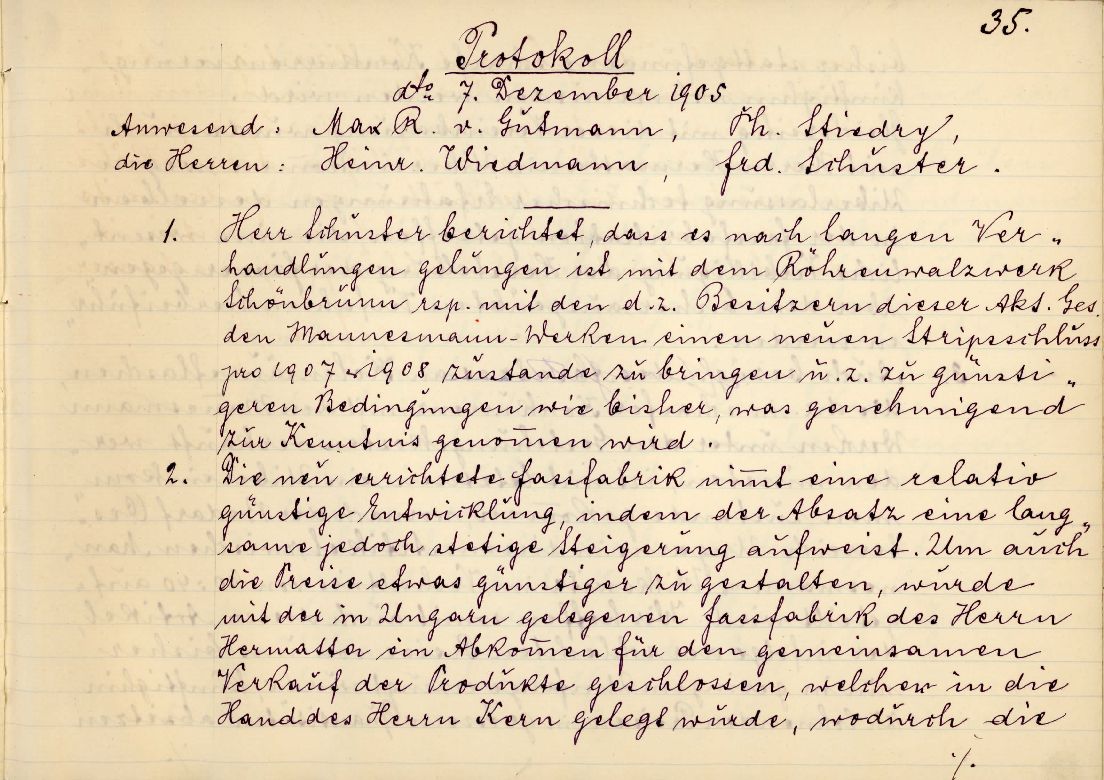 The oldest documented written mention of cylinders production in Vítkovice is a record of a meeting of the Mining Council on December 7th, 1905, which brought together in a close circle the highest representatives of the company's management, representatives of owners Max Rudolf von Gutmann, Philip Stiedry, Heinrich Wiedmann and ironworks director Ferdinand. Schuster. From our point of view, the most interesting is the third point of the meeting, in which Director Schuster informed the Council about the agreement reached between Vítkovice Ironworks and Manesmann's plants, which divided the Austro-Hungarian market in sales of steel bottles between Mannesmann and Vítkovice in a 60:40 ratio. The director of the company noted that the cylinders were produced in Vítkovice before that date, but in small quantities. 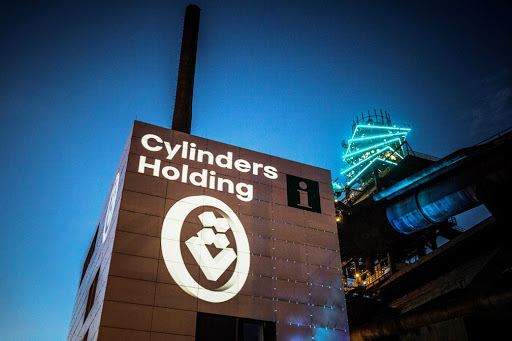 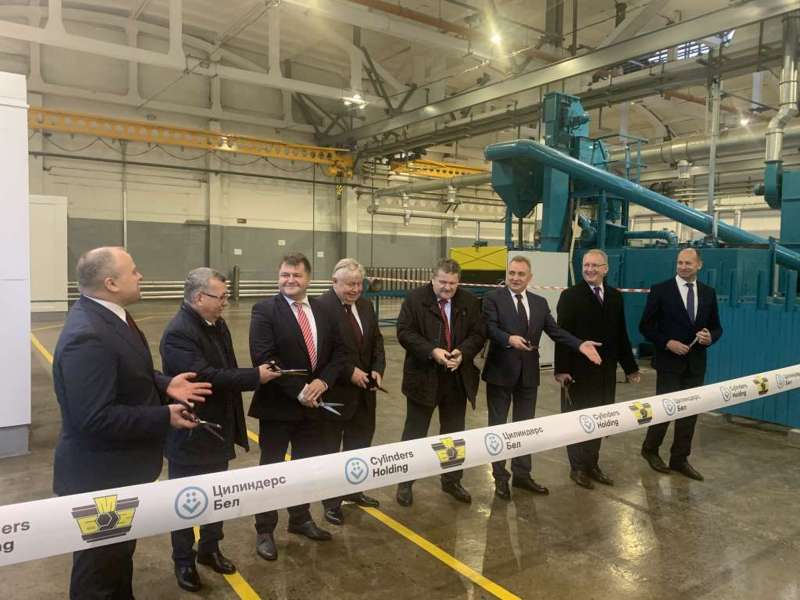